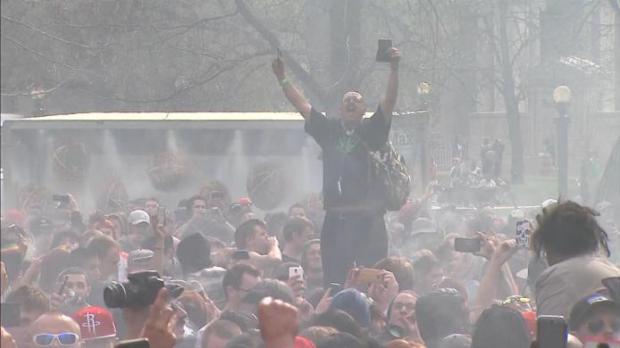 CBS4 captured time lapse footage leading up to 4:20 p.m. In the video smoke can be seen rising from the crowd after the designated time.

The day is for pro-pot political action and the traditional smoke out. The 4/20 celebrations started over the weekend and continued through Monday, April 20.

There were several events over the weekend including a festival that's become an annual tradition, the Cannabis Cup, where pot-based businesses set up booths to sell their products.

What was different this year at the Cannabis Cup at the Denver Mart was there were no samples or sales. But that didn't seem to put a damper on the crowd.

"We have a lot of California companies here as well, and we have a lot of companies from Washington. If you go walk around, everybody is having a good time and there's a lot of cannabis being smoked. It's a celebration," said Dan Skye, editor of High Times magazine.