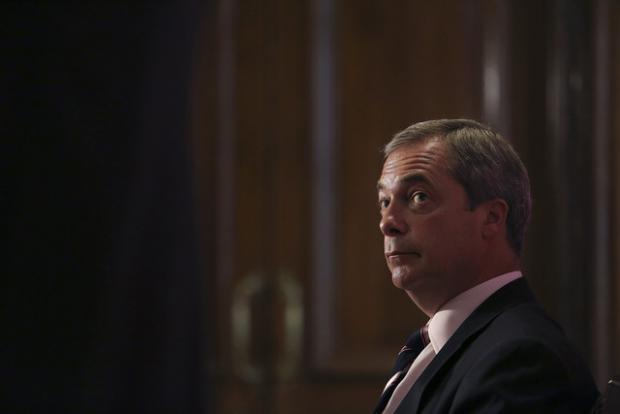 The rhetoric varied in intensity across the European Union's 28 countries, each with its own religious and social phobias, many gripped by an economic recession that makes convenient scapegoats out of immigrants -- especially those with veils, turbans and non-white skin.

"I wish my daughter will be free tomorrow to go around without a veil and without any fears," Matteo Salvini, head of Italy's anti-immigration Northern League, said on Twitter. Nigel Farage, leader of the U.K. Independence Party, spoke on LBC radio of a "Fifth Column" gnawing away at Britain and "a really rather gross policy of multi-culturalism." Geert Wilders, head of the Freedom Party in the Netherlands, said it is time to "de-Islamize our country."

The murder of 12 people at a French satire magazine put Europe's fragile politics on display, mobilizing the opponents of the EU's much-heralded open borders and driving mainstream backers of often ill-defined "fundamental values" onto the defensive.

Europe is more vulnerable than the U.S. to radical, anti-immigration leanings. Abutting the newly aggressive Russia and across the Mediterranean Sea from the upheavals of the Arab world, the EU inhabits a dangerous neighborhood, with potential troubles that dwarf what the U.S. faces along its southwestern border.