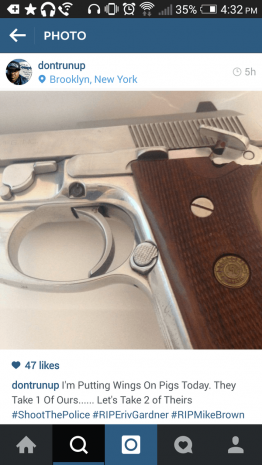 Now, a new form of  blowback may be emerging: Domestic Blowback.

I have long chronicled the government rules and regulations that have made success difficult for many, particularly young black men.

Minimum wage laws prevent them from getting that first job. Drug laws have created an "opportunity" in the underground world for them, but if they get caught by the government operating in this world, they face long periods of incarceration.

Government education is a joke. And on top of that they have few role models to show them how to live and succeed in the modern world, as LBJ's Great Society programs removed adult males from black family settings.

Instead, front and center are hustlers like Al Sharpton, who use the caged-like environment faced by many young black men to instigate racial strife. An instigation that has now been advanced further by the President and his wife (SEE: Michelle Obama's Experience at Target Wasn't Racist Back in 2012).

The anger is real, though generally misdirected. The problem is not racial but government oppression. Curiously, this anger is now being directed, though a bit in a confused manner, at the first line enforcers of government regulations, the police. It is, for all practical purposes, blowback against the government rules and regulations that have created a toxic brew of failure and anger among many black youth.