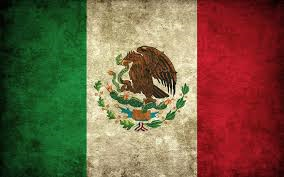 The peso has been moderately sliding against the dollar throughout the year, but has really fallen dramatically since the end of October.

Last Friday, it fell more than 2%.

Earlier this week, the Mexican central bank announced that it would restart a dollar auction program — which it had previously used between 2011 and 2013 — in which the bank will auction off $200 million US dollars on any day the dollar appreciates 1.5% or more against the peso.

On Thursday it intervened, according to headlines from Bloomberg.

Until recently, Mexico had been one of the rare emerging market economies doing really well. But a confluence of events is changing that.

There's political unrest. The country, particularly Mexico City, has been engulfed in protests following the disappearance of 43 college students.President Enrique Peña Nieto's approval ratings are down in the low 40s.  GDP forecasts for next year keep shrinking as economic data comes in soft. 1 Comments in Response to It's Not Looking Good For Mexico

It's not lookin good for the planet.