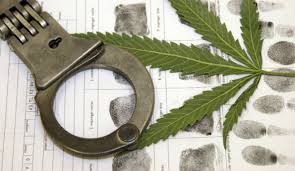 From KMBC in Kansas City:

Relatives of Brenda Sewell of Kansas City, Missouri, contend that jailers in Sherman County in western Kansas refused to give her prescription medication and were slow to help after she collapsed in her cell. Sewell was 58 when she died Jan. 22.

Sherman County Attorney Charles Moser released the police investigative file exclusively to the Lawrence Journal-World this month, the newspaper reported. The report showed that Douglas County Attorney Charles Branson was brought in to review the case and found that the correctional officers overseeing Sewell didn't commit a crime.

The file said Sewell vomited more than two dozen times over 15 hours. After being taken to a medical center and given intravenous fluids and anti-nausea medicine, she was returned to her cell. The next morning she was sick again, began having seizures and stopped breathing.

Sewell suffered abdominal hemorrhaging when her spleen ruptured, according to an autopsy report. Contributing factors to the rupture included vomiting and abdominal retching, the autopsy found.