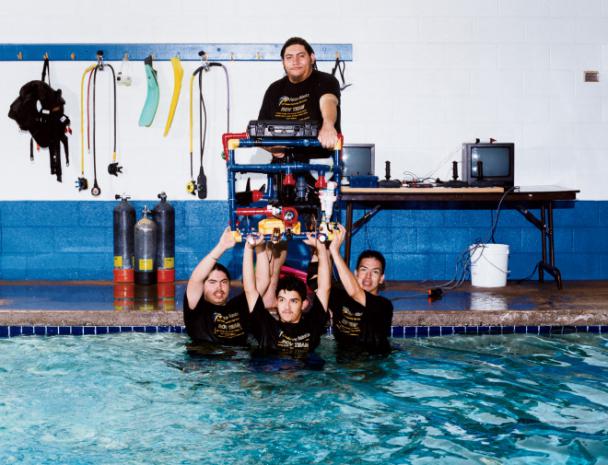 There certainly isn't a lot of pride on the outside. The school buildings are mostly drab, late '50s-era boxes. The front lawn is nothing but brown scrub and patches of dirt. The class photos beside the principal's office tell the story of the past four decades. In 1965, the students were nearly all white, wearing blazers, ties, and long skirts. Now the school is 92 percent Hispanic. Drooping, baggy jeans and XXXL hoodies are the norm.

The school PA system crackles, and an upbeat female voice fills the bustling linoleum-lined hallways. "Anger management class will begin in five minutes," says the voice from the administration building. "All referrals must report immediately."