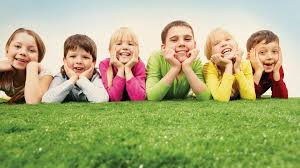 The US calls it a war on terror. In reality it's a war of terror. And for every innocent person killed, hundreds of friends and family members hold it against the US.

The Guardian reports 41 Men Targeted but 1,147 People Killed in US Drone Strikes.

The drones came for Ayman Zawahiri on 13 January 2006, hovering over a village in Pakistan called Damadola. Ten months later, they came again for the man who would become al-Qaida's leader, this time in Bajaur.

Eight years later, Zawahiri is still alive. Seventy-six children and 29 adults, according to reports after the two strikes, are not.

However many Americans know who Zawahiri is, far fewer are familiar with Qari Hussain. Drones first came for Hussain years before, on 29 January 2008. Then they came on 23 June 2009, 15 January 2010, 2 October 2010 and 7 October 2010. Finally, on 15 October 2010, Hellfire missiles fired from a Predator or Reaper drone killed Hussain, the Pakistani Taliban later confirmed. For the death of a man whom practically no American can name, the US killed 128 people, 13 of them children, none of whom it meant to harm.