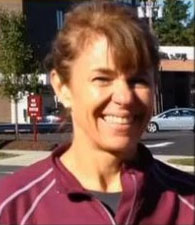 As CBS reports, initially there was speculation Millian may have been in a bicycle accident, or may have been the victim of a hit-and-run.  However on Saturday, the office of the Chief State Medical examiner said the cause of her death was a stab wound to the chest, and the manner was homicide.

According to WCVB, Millan, a mother of two, was a senior vice president at MassMutual in Springfield. A spokesman for the company said she was a tremendous leader and deeply caring and that she would be missed.

Passing motorists found Millan lying on the ground Thursday at 8:04 p.m., according to Simsbury police.

Police said she could have been out jogging but that they did not yet know what happened and are investigating. Millan was taken to St. Francis Hospital where she died, according to police.

Police announced Saturday they were investigating the incident as a homicide.

As Breaking911 further adds, MassMutual was shocked by the news, with a company spokesperson saying that "Melissa's tremendous leadership qualities, business acumen and deeply caring nature will be missed by those who had the opportunity to work with her."