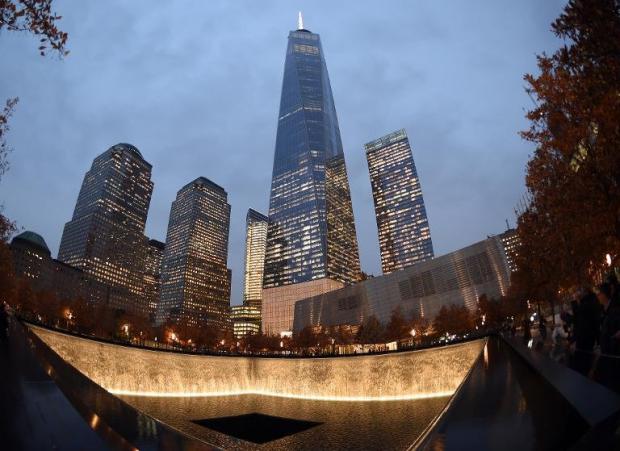 The opening of One World Trade Center, on the site of the Twin Towers that were destroyed on September 11, 2001, signals a long-awaited return to normal in the Big Apple.

Since November 3, with little fanfare, some 500 employees of the media group Conde Nast moved in. They are due to be joined by another 3,000 in early 2015.

There are also support staff on site -- brought into sharp relief this week by the spectacular rescue of two window washers suspended from the 69th floor.

The symbolic 1,776-foot (541-meter) tower -- including its antenna -- is the tallest in the United States and in the Western hemisphere.

Its tapered glass silhouette overlooks the September 11 Memorial, dedicated to the 2,753 victims of the New York attacks, along with six victims of a first attack on the Twin Towers in 1993, and sits next to the museum focused on the drama.

The $3.9 billion, 104-story tower "is the most secure office building any place in the world," said Patrick Foye, executive director of the Port Authority of NY and NJ, which owns the site.

The monumental lobby, with soaring ceilings some 47 feet high and white marble throughout, is protected by a special wall that can withstand explosions.

Its concrete foundation is 185 feet tall. A staircase is dedicated to emergency responders, and concrete protects the elevators and stairways.

The communications system was designed in collaboration with police, the FBI, the Department of Homeland Security as well as private experts, Foye said.