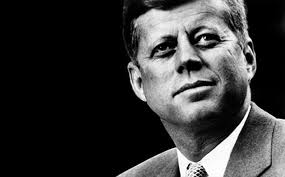 9/11 and John Kennedy's assassination have much in common: they were both American coups d'etats. And they both are having profound implications for our future.

On this 13th anniversary of America's second coup d'etat, which happened on September 11th, 2001…

My, how times have changed. Listening to JFK give a speech on April 27, 1961, to the American Newspaper Publishers Association, and then watching his commencement address to the American University in 1963, it is easy to see why America's deep state removed him from office in a coup d'etat, on November 22nd, 1963.

While the journalists in the crowd undoubtedly thought JFK was talking here below about the Soviet Union, looking back on history since then, one has to believe that he was talking about his own country's deep state: America's CIA/FBI/NSA/DIA/Joint Chiefs of Staff/Mafia government. After all, he had fired the assassination and government overthrow maniac Allen Dulles, as head of the CIA in 1961, promising,

I want to splinter the CIA into a thousand pieces and scatter it to the winds.