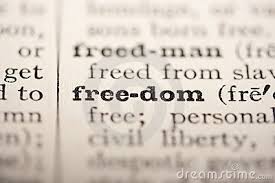 Yet while there is much to mourn about the loss of our freedoms in the years since 9/11, there has been little to celebrate.

As I make clear in my book A Government of Wolves: The Emerging American Police State, the Constitution has been steadily chipped away at, undermined, eroded, whittled down, and generally discarded to such an extent that what we are left with today is but a shadow of the robust document adopted more than two centuries ago.

Consider the state of our freedoms— set against a backdrop of government surveillance, militarized police, SWAT team raids, asset forfeiture, eminent domain, overcriminalization, armed surveillance drones, whole body scanners, stop and frisk searches, roving VIPR raids and the like—and judge for yourself whether this Constitution Day should be a day of mourning, celebration or a robust call to action: The First Amendment is supposed to protect the freedom to speak your mind and protest in peace without being bridled by the government. It also protects the freedom of the media, as well as the right to worship and pray without interference. In other words, Americans should not be silenced by the government. Yet despite the clear protections found in the First Amendment, the freedoms described therein are under constant assault, whether it's Americans arrested for daring to film police officers, journalists prosecuted for reporting on whistleblowers, or protesters tear-gassed, beaten, arrested and forced into "free speech zones."