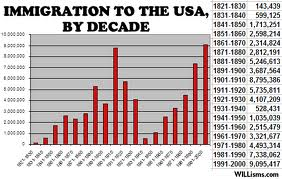 The nation thundered no. And Congress sustained the nation.

The latest mass border crossing by scores of thousands of tots, teenagers and toughs from Central America has killed amnesty in 2014, and probably for the duration of the Obama presidency.

Will protests of illegals by U.S. cities make a difference? Sound off in the WND Poll.

Indeed, with the massive media coverage of the crisis on the border, immigration, legal and illegal, and what it portends for our future, could become the decisive issue of 2014 and 2016.

Speaking to the Hispanic Chamber of Commerce in Albuquerque in 2001, George W. Bush declared that, as Mexico was a friend and neighbor, "It's so important for us to tear down our barriers and walls that might separate Mexico from the United States."

Bush succeeded. And during his tenure, millions from Mexico exploited his magnanimity to violate our laws, trample upon our sovereignty, walk into our country and remain here.