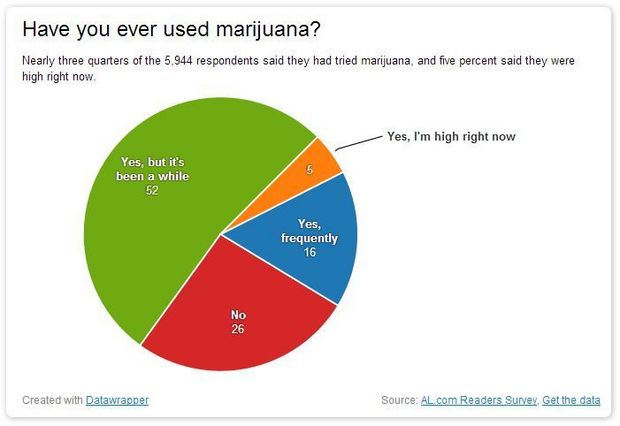 I'm not a pothead or a frequent user. I've smoked pot enough times to figure out I don't like it. Like a lot of people, I'd giggle for a few minutes and get really hungry, but after that I couldn't help thinking that there were people in the bushes watching me.

Of course, I sometimes think that when I haven't been smoking pot.

The other thing I learned from the experience was that our laws are grossly out of proportion with any problems marijuana might create.

If it's a gateway drug, it's only because, when pushed underground, it has to travel on the same tracks as other illegal drugs. If you're a school kid, it can ruin your life – not because it will mass-murder your brain cells, but because we've made the law and school rules so draconian that youthful indiscretions can now irreparably wreck a kid's academic career.