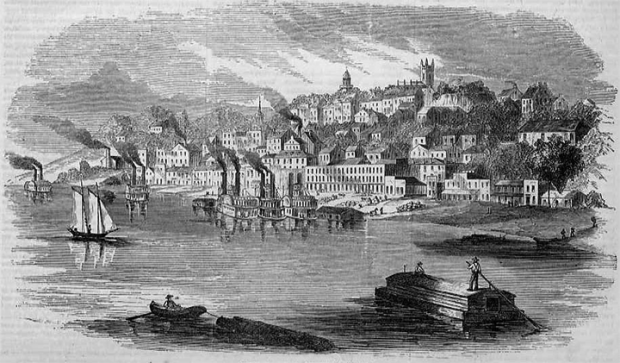 "It is like the anniversary of a divorced couple's wedding."

That's how a reporter in the New York Times described July 4, 1861, the first Independence Day of the Civil War. And much like a failed marriage, it was unclear which side would retain what was once shared. Should the Confederacy have their own July Fourth as well? After all, without the initial breakaway from Britian, their revolution wouldn't be possible.

The writer—an ur-David Brooks of sorts—continued in a thought experiment: What might a Confederate Fourth of July celebration look like?

It would be simply the old one, such as we have been accustomed to all our lives, and then a sequel directed against the United States. Liberty, independence, British oppression, Colonial misgovernment, would appear in their old places, and then would come "Part the Second," consisting of indignant complaints against the Free-soilers, and their violation of Southern rights, joined together like the landing at Torbay and the Gun-powder Plot in the service we have alluded to. The tyrants of the old speeches would do duty again with a new one added. It will now be King GEORGE, Lord NORTH, and President LINCOLN.