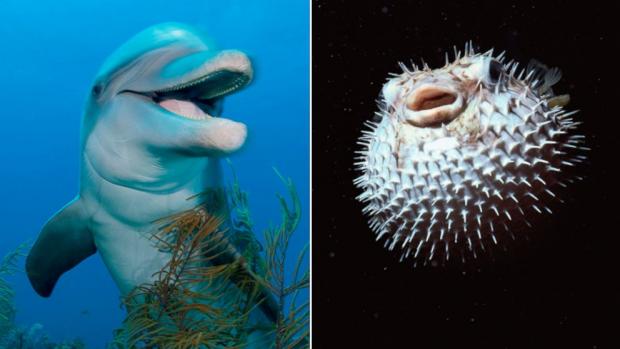 Even the brightest humans have succumbed to the lure of drugs and the BBC reports that dolphins are no different. The marine mammals, renowned for their intelligence, have been caught on camera chewing on puffer fish that protect themselves by releasing a nerve toxin which, in low doses, appears to have a narcotic effect on the dolphins.

Using remote-controlled cameras disguised as sea creatures, the makers of Dolphins: Spy in the Pod, a forthcoming documentary, watched as the male bottle-nose dolphins entered a trance-like state after apparently getting "high" on the toxin.

Rob Pilley, a zoologist and producer on the BBC1 series, said: "This was a case of young dolphins purposely experimenting with something we know to be intoxicating . . . After chewing the puffer gently and passing it round, they began acting most peculiarly, hanging around with their noses at the surface as if fascinated by their own reflection."