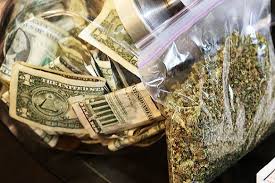 July 1 will mark six months since it became the first U.S. state to legalize the cultivation, possession, and sale of recreational marijuana for adults 21 and older. State officials initially predicted that Colorado would rake in $184 million in pot-related tax revenue by June 30, 2015, and $150 million in the first year.

"We now expect $40 million in tax revenue for the first year. We do expect as the industry gets larger that in 2015 and 2016 revenue will be higher than 2014," said Art Way, senior drug policy manager at the alliance.