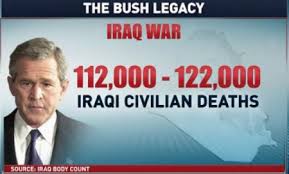 As Iraq was unraveling last week and the possible outlines of the first jihadist state in modern history were coming into view, I remembered this nugget from the summer of 2002. At the time, journalist Ron Suskind had a meeting with "a senior advisor" to President George W. Bush (later identified as Karl Rove). Here's how he described part of their conversation:

"The aide said that guys like me were 'in what we call the reality-based community,' which he defined as people who 'believe that solutions emerge from your judicious study of discernible reality.' I nodded and murmured something about enlightenment principles and empiricism. He cut me off. 'That's not the way the world really works anymore,' he continued. 'We're an empire now, and when we act, we create our own reality. And while you're studying that reality — judiciously, as you will — we'll act again, creating other new realities, which you can study too, and that's how things will sort out. We're history's actors… and you, all of you, will be left to just study what we do.'"