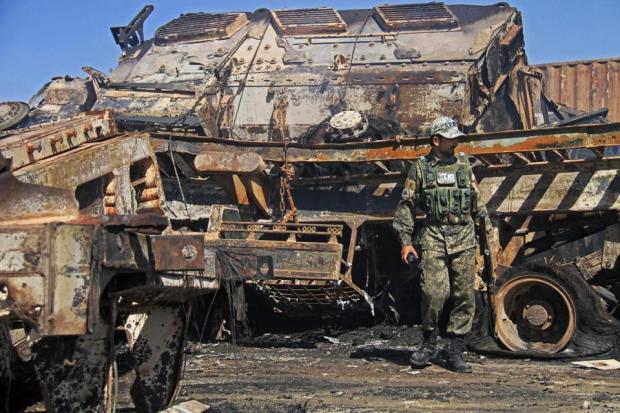 The deaths were a fresh reminder that the conflict is nowhere near over for some U.S. troops, who will keep fighting for at least two more years.

"Investigators are looking into the likelihood that friendly fire was the cause. Our thoughts and prayers are with the families of these fallen," Kirby said in a statement.

In Washington, two U.S. defense officials said the five Americans were special operations force members, but they were not more specific. The officials spoke on condition of anonymity because notification of the families of the five had not yet been completed.

The deaths occurred during a joint operation of Afghan and NATO forces in the Arghandab district of southern Zabul province ahead of Saturday's presidential runoff election, said provincial police chief Gen. Ghulam Sakhi Rooghlawanay. After the operation was over, the troops came under attack from the Taliban and called in air support, he said.