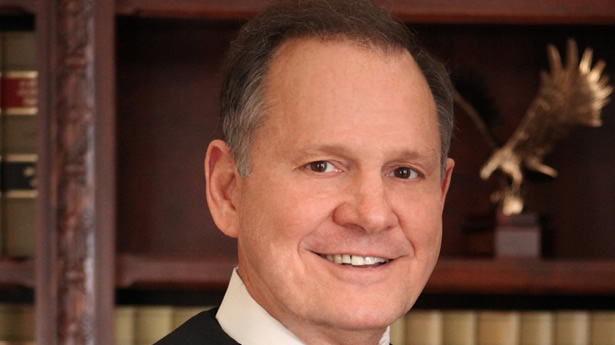 Speaking at the Pastor for Life Luncheon, which was sponsored by Pro-Life Mississippi, Chief Justice Roy Moore of the Alabama Supreme Court declared that the First Amendment only applies to Christians because “Buddha didn’t create us, Mohammed didn’t create us, it was the God of the Holy Scriptures” who created us.

“They didn’t bring the Koran over on the pilgrim ship,” he remarked January 17 at the event in Jackson, Mississippi. “Let’s get real, let’s go back and learn our history. Let’s stop playing games.”

He then noted that he loves talking to lawyers, because he is a lawyer who went to “a secular law school,” so he knows that “in the law, [talking about God] just isn’t politically correct.” He claimed that this is why America has “lost its way,” and that he would be publishing a pamphlet “this week, maybe next” that contained copies of the Declaration of Independence and the Constitution, thereby proving that all the people “who found this nation — black, white, all people, all religions, all faiths” knew that America was “about God.”