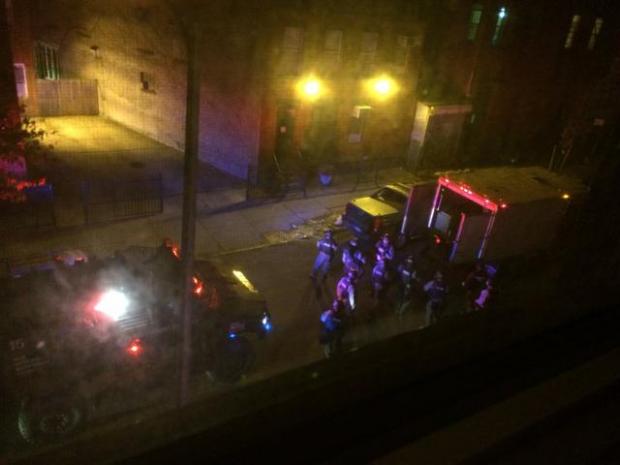 Department of Homeland Security snipers trained their weapons on frightened residents during a raid on a nearby apartment in East Williamsburg, with neighbors complaining of how they were “utterly confused and frankly terrorized” during the incident.

The combined federal/NYPD drugs bust started in the early hours of Sunday morning when a low flying helicopter startled East Williamsburg and Bushwick residents, before streets were blocked off, preventing people from going home.

While the raid unfolded, DHS snipers aimed their guns at residents in nearby buildings, causing panic and confusion. “I literally had a flashlight-gun pointed at me from a sniper on top of the black armored truck the first time I opened our window to see what was going on,” said one neighbor.

“What woke us up was a cop yelling ‘POLICE!’ outside and hearing some sort of scream,” he added. “Then I noticed the flashing lights of the armored black truck so I peeped out the window. There were two snipers on top of the armored truck with flashlight-guns and one of them pointed at me immediately. If I was them and I was doing my job, I probably would have pointed it at me, too, but at the same I wasn’t even in the building they were looking at.