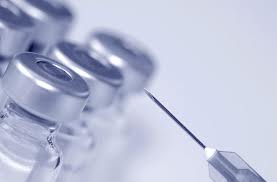 According to the U.S. Centers for Disease Control and Prevention, the most prevalent flu strain this season is H1N1 - the same strain that caused the 2009 pandemic and afflicts otherwise healthy children and young adults.

"The trend of low vaccination rates among younger adults is particularly troubling this year, when they are more at risk than usual for the effects of the H1N1 strain of flu that's circulating," said Jeffrey Levi, executive director of Trust for America's Health, the nonprofit health advocacy group that released the latest findings.