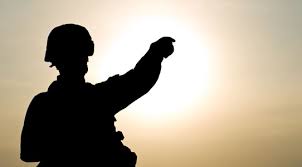 For example, John McCain and his ubiquitous sidekick Lindsay Graham, both critics of President Obama's decision to withdraw all U.S. troops at the end of 2011, wailed, with the usual imperial stridency of the American foreign policy cognoscenti, this "I told you so": "Many of us predicted that the vacuum would be filled by America's enemies and would emerge as a threat to U.S. national security interests."

Even representatives of the American media buy into the "abandonment" argument. Jane Arraf, a freelance reporter for the Christian Science Monitor and Al Jazeera America and former CNN bureau chief in Baghdad, said on the PBS NewsHour on January 6, 2014, "I think while the West was ignoring Iraq, essentially, the country has become partitioned... one of the things we have to really talk about, I think, is the Sahwa, the Awakening, the tribes who turned against al-Qaida and fought with the American forces and then were essentially abandoned by the United States."