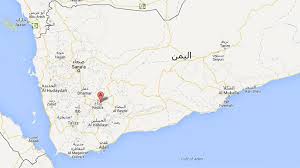 An air strike missed its target and hit a wedding car convoy, ten people were killed immediately and another five who were injured died after being admitted to the hospital," Reuters reports a security official as saying.

The group "was mistaken for an al Qaeda convoy," according to Reuters.

The Associated Press cites an unnamed official as saying that al Qaeda militants were suspected as traveling with the wedding party.

Five others were also reportedly wounded in the strike.

Thursday's strike marks the second U.S. drone attack this week on the impoverished country. Three days ago, the country's Hadramout province was the site of a strike that killed three people

The Bureau of Investigative Journalism estimates that confirmed U.S. drone strikes have killed 389 people in Yemen since 2004, including five children.

At a Senate subcommittee hearing earlier this year entitled “Drone Wars: The Constitutional and Counterterrorism Implications of Targeted Killing,” Yemeni writer and youth activist Farea al-Muslimi said, "The drone strikes are the face of America to many Yemenis."