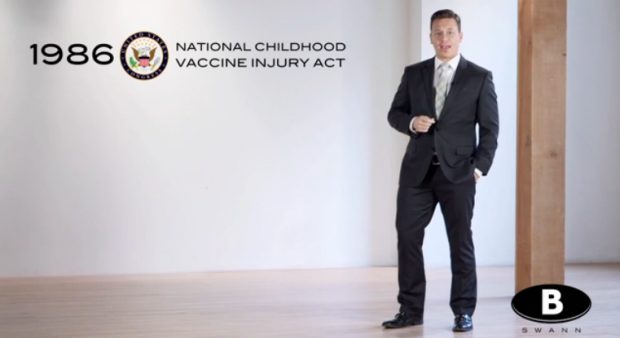 The claims that autism is caused by vaccines have been completely disproven, right? We have all heard that claim, maybe most famously by actress and model Jenny McCarthy.

But is the claim untrue? What if I told you that while HHS says there is no link between autism and vaccinations, the federal government has quietly awarded families of autistic children damages as a result of vaccine injuries?

The first step toward truth is to be informed.

The story we are talking about today is something that just doesn’t get attention from the mainstream media, and on the rare occasion when it does, the story is predictable. Scandal surrounding a doctor who claims autism and vaccines are linked. The bizarre parents who believe that their child has autism because of a vaccine, a claim clearly not based in science.

But is there more to this story than what the media has told you?

The real story behind vaccines begins in 1986.

That is because it was in 1986 when the U.S. Congress created National Childhood Vaccine Injury Act. Now that alone is worthy of a story, because what most Americans don’t know is that a family who has child injured by a vaccine, cannot simply sue the vaccine maker. Under this 1986 law, Congress took that power away from families and instead created a “vaccine court” if you will.

So what is the vaccine court? It is a Federal Claim’s court that deals specifically with vaccine cases where families can go for injury compensation if their child is injured by a vaccine.
The official name, the Vaccine Injury Compensation Program (“VICP”). Of course, this program is seen as necessary because virtually every child who attends a pre-school, daycare or public or private school is required to be vaccinated.

So what’s the problem?

In 1986 when the VICP was first created vaccine makers were protected from lawsuit by the public. The VICP insulates vaccine manufacturers from liability and requires that petitioners bring their petitions solely against HHS. They may not sue manufacturers or healthcare practitioners. The rationale for this industry and professional protection was to ensure a stable childhood vaccine supply and to keep prices affordable.

The 1986 Law also permits the vaccine makers the right to not disclose known risks
to parents or guardians of those being vaccinated. Based on something called the “learned intermediary” doctrine, manufacturers bear no liability for giving, or failing to give, accurate or complete information to those vaccinated.

In exchange for being subject to the vaccine court, families of those injured would be compensated through an administrative process based on a table of presumptive vaccine injuries.

At its outset, 90% of claims were “on table.” But almost 30 years later, things are very different. Today, the vaccine schedule, meaning the list of vaccines offered to children has tripled, but the table of injuries has become much more restrictive, forcing 90% of petitioners into “off-table” litigation. And it gets worse. Because for families who believe that their children have been injured by vaccines, there are enormous roadblocks to overcome when seeking compensation for those injuries.

Mark Blaxill is the father of an autistic child. A child who he says has been injured by vaccines. Blaxill is part of a group called the Canary Party, a coalition of parents who are pushing for changes to the system through political means.

Blaxill: The Canary Party is a social movement that’s created to stand up for the victims of medical injuries, environmental toxins, industrial foods, the things that care causing these new health crises and epidemics that we are seeing.

Swann: Let’s talk about this issue of the Vaccine Injury Compensation Program because most Americans, I would guess have no idea that this even exists.
Blaxill: Well, the thing that people should know about the VICP is that it is unlike any other product liability circumstance that any of us deal with on a regular basis. In 1986, Congress passed a law that gave a blanket exemption to pharmaceutical companies from any liability at all for any injury that their products, in this case vaccines, may cause to consumers and especially to children and infants. And what that did, was that put in place a liability shield on the pharmaceutical industry unlike any other pharmaceutical product categories so that if anything wrong happens to any recipient of the vaccine, what the family has to do is to, instead of just going to regular civil court with all the normal checks and balances and procedures and protections we see in the American legal system, they are forced to petition of government to recognize the injury to their child and to decide on whether or not they deserve an compensation.

So for parents, like Blaxill, why does he believe the Vaccine Injury Compensation Program has failed?

That goes back to 2002 when nearly five thousand families filed petitions with the VICP claiming that vaccines had caused their children’s neurological disorder called “autism.”

According to the Pace Law Review, in an unprecedented proceeding, the VICP created and conducted the Omnibus Autism Proceeding that concluded in 2010. That means instead of taking the cases one at at time, they consolidated hearings for all these families. in the end, the VICP dismissed all the “test case” claims of vaccine-induced autism.

Blaxill: The original intent of the VICP was to provide a no fault, generous, rapid program of compensating victims. Now what we have a is a cover up. And a situation in which the government is trying to say, these things which people think they have observed, not only are we going to discount it, we are going to treat it with prejudice. We are going to say…

Swann: That this person is trying to get over on the system, that they are gaming the system.

But there is more… A Review of Compensated Cases of Vaccine-Induced Brain Injury finds that The VICP has compensated approximately 2,500 claims of vaccine injury since the inception of the program in 1986.

Since that time, despite the official ruling that there is no link between vaccines and autism, there have been at least 83 cases of autism among those compensated for vaccine-induced brain damage.

Swann: The last thing that I would ask you is that in terms of outcomes what are you all hoping for? Because this is really a fight for other families, a fight for an entire generation of Americans, is it not?

Blaxill: We are asking for justice because you have many, many injured children and families that are struggling and they deserve support. We’re asking for awareness of this crisis in this health system. We have the worst outcomes in the entire industrial world here in America. We have the highest cost healthcare system, the most interventionist healthcare system in terms of medication and vaccination. We have a dramatic disfunction and we need awareness of that, that we have a problem and we need to shine a light on that. And then we need change. We need fundamental renovation of our way of dealing with parental choice, with the rights of consumers, authority in the healthcare system. Who gets to choose and then we need to find ways to treat and heal all those injured children and now adults who are suffering from this system.

What you need to know

Is that on the Department of Health and Human services website is this statement:

“HHS has never concluded in any case that autism was caused by vaccination.”

Parents point out that while number and use of vaccines is skyrocketing, the number of autism cases is skyrocketing as well. But remember, correlation does not equal causation. Agencies like HHS will say that doctors and medical professionals are just better at recognizing autism than they used to be and that may be true. But as one parent told me, while public statements have been made that there is no research supporting the assertion that vaccines can cause autism, families point to dozens of studies that do find a link between vaccines and autism that public health officials do not share with the public. And that families would like to present in a civil court, before a jury, which believe is their right under the Constitution.