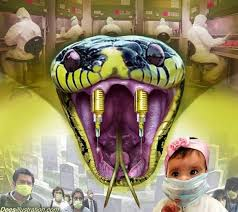 Here’s the drill. If a parent believes her child has developed autism as the result of a vaccine(s), she must enter the maze of the US government compensation system. Why? Because she can no longer go to court and sue the vaccine manufacturer directly. That’s out.

The government maze the parent enters and suffers through is called the Vaccine Injury Compensation Program (VICP). It’s a nightmare.

The parent has to prove, to the satisfaction of government vaccine stooges, that her child indeed developed autism, and that the cause was a vaccine.

But you see, autism is a disorder that reads like a complicated menu in a restaurant, because there is no confirmed diagnostic test for it. The menu is a combination of behaviors.

So the parent has to convince a doctor that her child fits into that category, that autism category. If she can’t do it, she loses.

2 Comments in Response to The Vaccine Mafia and its Jury of Thugs: Your Rulers

A total of 106 children have so far been recovered (ATEC score of 10 or below,) using the CD Autism protocol! CD stands for Chlorine Dioxide, the active ingredient of MMS1.

Your future possible participation in a mandatory vaccination program will be illegal. If implemented it will violate the conventions of various constitutions, charters, and oaths, (doctors) including international law.

If you participate in a coming mandatory vaccination program, you could be logged for eventual legal prosecution.

Do not assume that the legal protections afforded you via 'International Emergency', 'Martial Law', or 'War Times Act', will protect you. The doctors under the Nazi regime used the same justifications under a 'War Time Emergency'.
They were the first ones to be tried and prosecuted during the Nuremburg Trials.

Respect the free will of the people including yourself given us by our Lord and Creator not to be forced vaccinated.