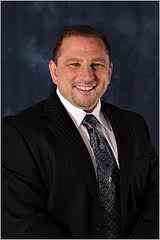 Marc J. Victor is an accomplished attorney who is often invited to speak to audiences across Arizona. He has recently addressed the Freedom Summit, the Eris Society, the AZ Libertarian Party Convention and other events aimed at protecting your rights.

Served during Operations Desert Storm/Shield; awarded Certificate of Commendation for efforts during Desert Storm; offered suggestion to Battalion Commander resulting in procedural changes for the withdrawal of battalion assets.

Lecturer on Criminal Law and the Criminal Justice System – 1995-Present