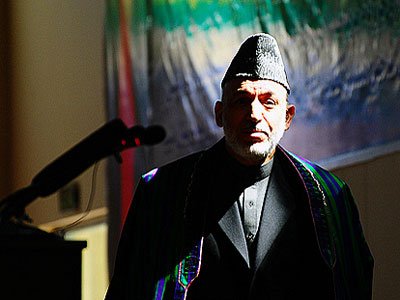 In that decade, Washington armed the Taliban and funded the building of Madrassas in order to secure victory.

For Karzai though, and many in Afghanistan, the success quickly turned into a fail.

According to the Afghan president, aside from turning Afghanistan into Taliban-ruled chaos, America's course of action also led to the attacks on 9/11.

From the Daily Beast:

“The United States, the rest of the Western world, and our neighbors tried to impose radicalism on our resistance against the Soviet Union,” Karzai said at the 2013 U.S.-Islamic World Forum, hosted jointly by the Brookings Institute and the government of Qatar. “The more radical we looked and talked, the more we were called mujaheddin. The consequence of that was a massive effort toward uprooting traditional Afghan values and culture and tolerance.”

“When the mujaheddin succeeded, the next day … the U.S. and Europe closed their embassies and left and we were left to the wishes of our neighbors and those around us,” Karzai said. “That brought us to the tragedy of September 11 and the destruction of the twin towers and the attack on America, and thus the return of the U.S. and NATO to Afghanistan.”

The 'Great Game' Moves On