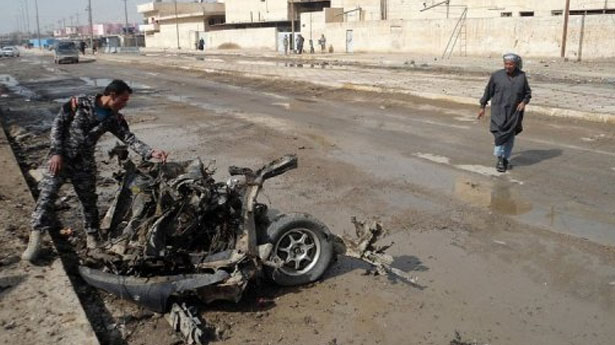 A roadside bomb killed an Iraqi provincial elections candidate and three other people north of Baghdad on Sunday, bringing the number of candidates killed in attacks to 14, officials said.

Najm al-Harbi was on travelling to Baquba on a highway in Diyala province in his personal vehicle when the bomb exploded, killing him, two of his brothers and a bodyguard, a police lieutenant colonel and a doctor said.

An official from Deputy Prime Minister Saleh al-Mutlak’s office confirmed Harbi’s death, and said he was the head of the deputy premier’s list in Diyala province.

Harbi’s killing comes a day after Hatim Mohammed al-Dulaimi, a candidate for Salaheddin provincial council, was shot dead by gunmen near his home in Baiji, north of the Iraqi capital.

Soldiers and policemen cast their ballots for the provincial elections on Saturday, a week ahead of the main vote, the country’s first since March 2010 parliamentary polls.

"Don't Take Me for Granted"

Denmark To Scrap All Covid-19 Restrictions

What Is Really Going on Between Beijing And Washington in The South China Sea?

Romanians and Bulgarians Reject Covid Shots and Sell Off Surplus

Control: People will be tracked by heartbeat, the World Economic Forum's latest innovation

Visualizing US Military Spending Relative To The Rest Of The World