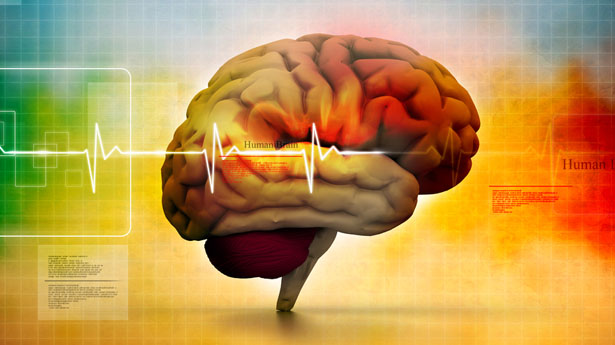 Scientists know that music can give intense pleasure by delivering chemical rewards in the brain that are equal to the joy of good food or even sex, but now they think they may have identified the part of the brain where this pleasure starts.

Researchers scanned the brains of subjects while they listened to new songs and asked how much they would spend on buying the tracks. They found that the most popular songs – those which people were prepared to pay more for – were also the ones that elicited the strongest response in the nucleus accumbens, a structure in the centre of the brain that is involved in reward processing.

“This area is important because it’s involved in forming expectations and these are expectations that could be rewarding,” said Valorie Salimpoor of McGill University in Montreal, Canada. “What makes music so emotionally powerful is the creation of expectation. Activity in the nucleus accumbens normally would indicate that expectations are being met or surpassed.”

In the experiment, which is published in Science, she and her colleagues scanned the brains of 20 people who used an iTunes-like interface to listen to 30-second clips of songs they had never heard before but were in a genre they generally liked. “Instead of just asking them if they liked the music or not, we gave them a chance to buy the music because that gives us a real understanding of what they really like and want,” she said. “Immediately after they hear each clip, they make a decision. They could spend zero dollars, 99c, $1.29 or $2.”

The brain scans showed a direct relationship between how strong a response someone had in their nucleus accumbens to a song and how much they were willing to pay for it. This part of the brain was not acting alone, however. Salimpoor also found that it was taking in information from the superior temporal gyrus.

NYT War on What Conflicts with the Fabricated Flu/Covid Narrative

Nutritionist keeps McDonald's, pizza and doughnuts in cupboard for TWO years for research...

How the Surgery Center of Oklahoma Tapped the Cash Market

Fines and Jail Time for Going Maskless in Public?

It's Not the Heat, It's the Humidity That's Killing Us