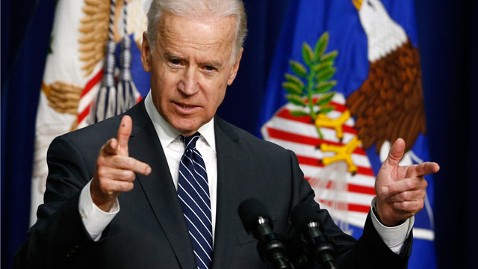 Vice President Joe Biden this morning said that the “cultural norm” about gun ownership has changed, arguing that many people buy guns, not for protection or hunting, but because “it’s like driving a Ferrari.”

“It used to be we were dealing almost exclusively with hunters,” Biden said on MSNBC. “There’s a whole new sort of group of individuals now who, I don’t know what the numbers are, that never hunt at all but they own guns for one of two reasons: self protection or they just like the feel of that AR-15 at the range.”

“They like the way it feels. You know, it’s like driving a Ferrari,” he said, raising his arms as if shooting a gun.

As Congress prepares to vote today on whether to proceed to debate a gun control bill, Biden said the issue is one where the people have been “far ahead” of the politicians.

“I mean so far ahead,” he said of public support for gun control proposals, including expanded background checks. “You saw it in immigration, you saw it in marriage issues.  You’re seeing it now, the public has moved to a different place.”

BREAKING News Out Of Arizona- IT'S TIME TO MOVE!!!