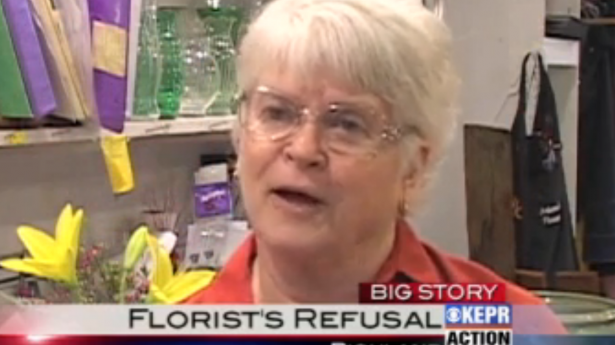 According to the Seattle Post-Intelligencer, Ferguson sent a letter on March 28 to Arlene’s owner Barronelle Stutzman to reconsider her decision not to supply flowers for the wedding of customer Robert Ingersoll. Stutzman declined by way of her attorney.

Ferguson told the Post-Intelligencer, “As Attorney General, it is my job to enforce the laws of the state of Washington. Under the Consumer Protection Act, it is unlawful to discriminate against customers based on sexual orientation. If a business provides a product or service to opposite-sex couples for their weddings, then it must provide same sex couples the same product or service.”

Stutzman was not on the premises when the Intelligencer called Arlene’s. An employee who answered the phone said, “None of us will have any comment.”

In a March interview with KEPR, Stutzman recounted her conversation with Ingersoll, a ten-year customer, about why she would not accept his request for flowers to decorate a same sex wedding.