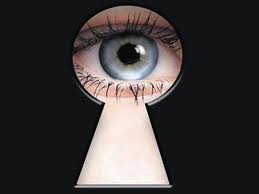 But this does not apparently slow down police attacks – and the inevitable mistakes that arise as well.

It is not just US SWAT team raids. Here's a report on English policing, also from RT:

Police tasered and handcuffed a blind two-time stroke victim in northern England, reportedly mistaking his walking stick for samurai sword. Colin Farmer, a retired architect who is 61 and cannot move unaided, was on his own and walking down a street in Chorley, in the county of Lancashire, on a Friday evening, when the incident happened.

"I heard this male voice shouting and bawling at me from behind and I became frightened because I thought I was about to be mugged," he told reporters. "Obviously I am the perfect target for muggers, because I don't know what is going on around me and I carried on walking in the hope I would get away."