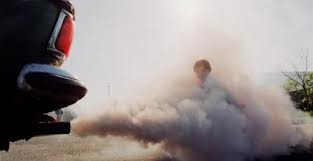 The US Environmental Protection Agency and its Administrator Lisa Jackson are on the defendant’s end of a federal lawsuit claiming the Agency conducted illegal human experimentation on unsuspecting study volunteers.

The American Tradition Institute Environmental Law Center (ATI) issued a complaint against the Agency last Friday, stating it “failed to comply with laws controlling human experimentation” in studies that were apparently testing the effect of “fine particles” on human subjects who were “more susceptible to the effects of air pollutants,” in other words, participants who were already ill.

The EPA, and Jackson in her official capacity, are targeted in the lawsuit for knowingly “conducting experiments on humans that involved exposing those persons to toxic substances the Agency believes will cause death and which the Agency therefore regulates under the auspices of the Clean Air Act, 42 U.S. C. Chapter 85.”

A statement regarding ATI’s complaint reveals toxic particulate matter, known as PM2.5, was pumped into a gas chamber-like enclosure via an intake pipe located outside the building where diesel exhaust from a parked, idled truck was channeled into the building where the experiments took place.

The ATI’s lead counsel and director, David W. Schnare, contends that “under EPA regulations and under EPA policy, this human experimentation is strictly prohibited.” He also argues that the experiment’s participants were not properly informed of the type of pollution they would be inhaling, and that the study researchers blatantly disregarded the known toxicity of PM2.5.

Dr. Schnare has direct insider knowledge of the workings of the EPA, having been employed by the Agency for 33 years as a scientist, policy analyst and enforcement attorney.

“EPA actually has pictures of this gas chamber, a clear plastic pipe stuck into the mouth of a subject, his lips sealing it to his face, diesel fumes inhaled straight into the lungs,” Schnare states.

Schnare feels it his obligation to expose the EPA’s experiments as members of his own family were unwilling participants of experimentation conducted at the Buchenwald concentration camp in 1945. Recalling the horrors of the Nazi experiments, he says it is his duty to challenge the EPA’s “misanthropic activities.”

Below is the summary experiment participants received which gives no indication of the lethal nature of PM2.5.

Despite the EPA’s administrator Lisa Jackson testifying to congress that “Particulate matter causes premature death,” and herself even telling congress in September 2011 that “1 in 4 US deaths are attributable to PM2.5,” the senseless study was allowed to proceed.