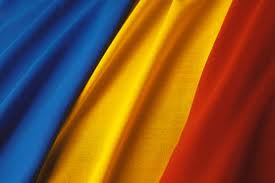 Romania may also be one of the more attractive investment destinations in emerging Europe today, but its political environment has been characterized by some power struggles as dramatic as its scenic views. The most recent political turbulence in Romania provides an example of how politics and power struggles can thwart economic progress, but now that some of the political uncertainty has been removed, I believe Romania should be able to move forward in a productive way.
This summer, Prime Minister Victor Ponta and President Traian Basescu were locked in a battle for authority which caused Romania’s currency (the Leu) to fall to a record low against the Euro. This impeded the country’s efforts to sell debt, and undermined investor confidence. In July, the Parliament, led by Ponta’s coalition, the Social Liberal Union (USL), suspended Basescu from office and sought impeachment based on accusations of unconstitutional behavior.
A referendum on the impeachment was invalidated in late August by Romania’s Constitutional Court, clearing the way for Basescu’s return to office, but the friction created some economic fallout which was exacerbated by the negative impact of the Eurozone crisis. Still, unlike some other parts of Europe, Romania doesn’t look to us to likely be falling into recession this year. According to IMF projections in August 2012, Romania’s 2012 GDP growth is estimated at around 1%, and is expected to improve to 3.0% in 2013.1