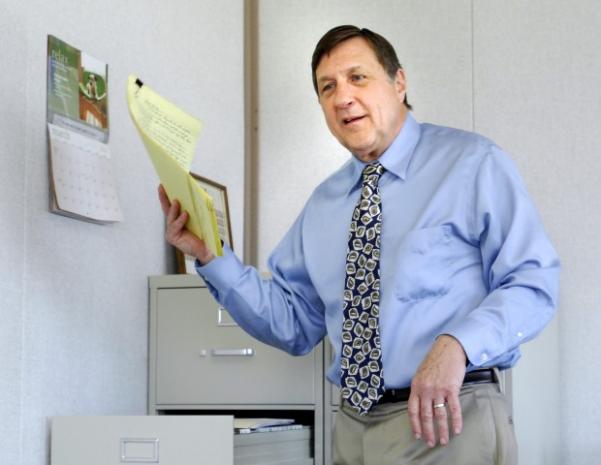 McLean County State’s Attorney Ron Dozier is set to announce publicly today, Monday, August 2o, to the media and residents of McLean County, Illinois, his decision not to prosecute Firearm Owner Identification Card holders who are arrested for merely possessing a concealed weapon in violation of Illinois’ prohibition on law-abiding residents carrying the means with which to protect themselves.

In essence, with Dozier’s decision, gun owners may be able to use their FOID card as a de facto carry permit in that county.

Word of Dozier’s defiant and courageous stand has been leaking out for the last week or ten days from chief law enforcement officers from the various departments in McLean County and other key people.

The Albion, Illinois Navigator Journal posted a story detailing Edwards’ County State’s Attorney Michael Valentine saying that he supported and agreed with Dozier’s stance on not prosecuting law-abiding gun owners for mere illegal possession of a gun on their person.

Unlike the tiny Edwards’ County, McLean County is the largest county in Illinois geographically, and with approximately 170,000 residents, it is one of the largest populated counties as well.