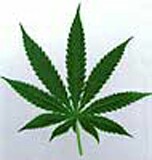 Fibromyalgia is a chronic condition that causes widespread pain, fatigue, headaches, sleep disturbances and other symptoms. It affects up to 3 percent of people and is more common among women.

Standard drug treatments for fibromyalgia-related pain provide only modest relief, and some patients self-medicate with marijuana and other traditional therapies, said Dr. Mary-Ann Fitzcharles, a professor of medicine at McGill University and consulting rheumatologist at the Montreal General Hospital of the McGill University Health Centre in Montreal.

She and her colleagues looked at the use of marijuana or prescription cannabinoids such as nabilone and dronabinol among 302 patients with fibromyalgia and 155 patients with another chronic pain condition.

About 13 percent of all 457 patients used cannabinoids, with 80 percent using marijuana. Smaller numbers used prescription cannabinoids, according to the study findings published online June 21 in the journal Arthritis Care & Research.

Of the patients who smoked marijuana, 72 percent reported using one gram or less per day, though a few smoked significantly more.