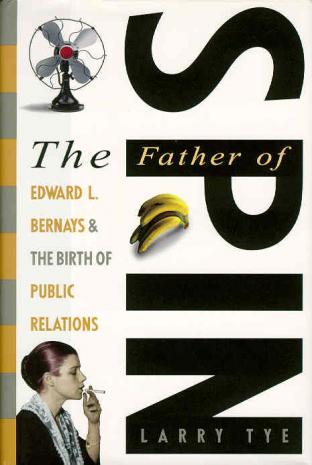 Michael Hastings reports at BuzzFeed that an amendment has been inserted into the latest version of the NDAA that would nullify the Smith-Mundt Act of 1948 and Foreign Relations Authorization Act in 1987, both of which ban domestic propaganda. It is being sponsored by Rep. Mac Thornberry from Texas and Rep. Adam Smith from Washington State.

The amendment would “strike the current ban on domestic dissemination” of propaganda material produced by the State Department and the Pentagon, according to the summary of the law at the House Rules Committee’s official website.

…The new law would give sweeping powers to the State Department and Pentagon to push television, radio, newspaper, and social media onto the U.S. public. “It removes the protection for Americans,” says a Pentagon official who is concerned about the law. “It removes oversight from the people who want to put out this information. There are no checks and balances. No one knows if the information is accurate, partially accurate, or entirely false.”

According to this official, “senior public affairs” officers within the Department of Defense want to “get rid” of Smith-Mundt and other restrictions because it prevents information activities designed to prop up unpopular policies—like the wars in Iraq and Afghanistan.

The legislation banning propaganda aimed at Americans has not meant the end of propaganda, with a sycophantic mass media filling in for the state all along the way. But even the government’s war propaganda has managed to persist. Recent reports published by USA Today exposed the dubious nature and exorbitant costs of the Pentagon’s “Information Operations,” (IO) which the newspaper described as “the modern equivalent of psychological warfare,” or war propaganda. In fact, soon after the reports were published, the journalists were targeted in a misinformation campaign. If it was done using federal funds, it could be a direct violation of Smith-Mundt or the FRAA.

More Pieces of the Puzzle Revealed

It may be hard for you to understand this but in effect, what the American people did was deprived terrorists and terrorist suspects their liberty to kill, and denied them their freedom to destroy.

Notice carefully the TRUTH of what I am now saying to you: Without any hesitation, only terrorists, terrorist suspects and terrorist coddlers-sympathizers WOULD ATTACK NDAA, just as they would attack and kill innocent Americans without any second thought. They hide behind their mantra of liberty and freedom to kill and destroy, so don’t let them fool you when they talk about liberty and freedom.

At least in this website, notice how they attack NDAA. You can be sure that those who attack NDAA are currently in the FBI Watch List.

Terrorists and terrorist suspects CANNOT escape the wrath of the American people who hunt them down like animals they deserved … pursue them to the last man hiding – just as they cannot escape the search-and-destroy dragnet of the NDAA.

It is for this compelling reason that with sincerity, honesty and candor, I said to terrorists, terrorist suspects and terrorist coddlers-sympathizers before – and I say it again here and now -- that you can kick and punch NDAA with all the remaining strength you could muster until the bones in your ankle and knuckle break, but nothing would prevent them from coming to get you. You can only run, but you cannot hide … take note of this Memo … take note of what you read and heard from me today.

This would simply make propaganda 'officially legal' - in reality the Govt. has been lieing and bull shi*ing its citizens since Andy Jackson's time.  Fear and Promise work, expecially with today's American cowards and serfs.