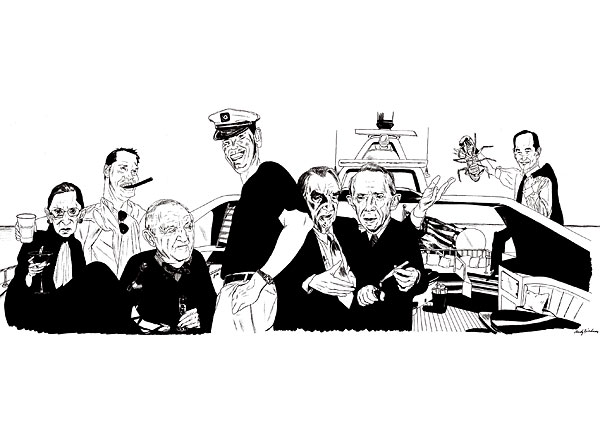 Arkansas may retry a man for murder even though jurors in his first trial were unanimous that he was not guilty, the Supreme Court ruled Thursday.

Alex Blueford, who is accused of killing his girlfriend’s 1-year-old son, is not protected by the Constitution’s Double Jeopardy Clause, the court ruled in a 6 to 3 decision.

Three excerpts from the article:

“Blueford’s jury had the option to convict him of capital and first-degree murder, but expressly declined to do so,” Sotomayor wrote. “That ought to be the end of the matter.”

The Double Jeopardy Clause is found in the Constitution’s Fifth Amendment and commands that no person shall be “twice put in jeopardy of life or limb” for the same offense.

The Supreme Court majority disagreed. “The foreperson’s report was not a final resolution of anything,” Roberts wrote. “The fact that deliberations continued after the report deprives that report of the finality necessary to constitute an acquittal on the murder offenses.”

The decision brought a sharp dissent from Justice Sonia Sotomayor, who was joined by Justices Ruth Bader Ginsburg and Elena Kagan.

First, decision was split along GENDER lines!  Women against the men!

Second, these three females are among the most maligned people in government, from what I see on twitter.

They got it right.

Blueford was in jeapordy of life once.  Double jeapordy DEFINITELY applies to capital cases, as does the requirement of a Grand Jury indictment.  (Repeal of death penalty removes constitutional requirement of grand jury - a factor in the Zimmerman/Martin case.   This "humanitarian" shift in position has other effects than sparing lives - it removes a hurdle.  Watch for Grand Juries to disappear entirely.)

It's fine to try to get "our guy" in as president.  Without a congress to back him and impeach judges per Federalist Paper 78, he's a lame duck on the day of his inauguration.

The prosecutor's motto:  "If at first you don't succeed, try, try again!"

Thank you Supreme Court for returning us to jolly old medieval England.  You've already approved of a good hot poker to the eye to aid confession, detention without charge, invasion and search without warrant and confiscation at whim.  Besides Disneyland what's left for you to do?

The Most Revealing Poll Of All: Gun Sales