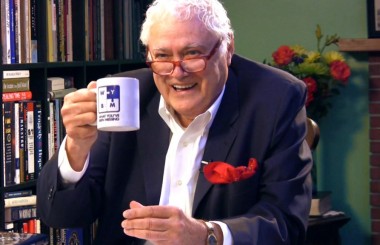 A weekend with John Taylor Gatto

Uploaded by TragedyandHopeMag on Jan 1, 2012

2. The metaphor of schooling and the school of fish. Collective expectations vs. individualism, identity and uniqueness. Volition in group selection. Language theft, Newspeak, Lippmann and the schooling transformation. The language of education becomes respected out of ritual.

3. Awareness of contrary dynamics leading to theories of dialectics. Intellectual self defense, questioning authority. The malign intent against individuality. Reality testing. Conditioned from infancy to shave the truth. Education begins with mistrust.

4. Outcome based education, servile arts vs. independent self sufficiency and life-long learning. The logic of schooling and asking "why?" Teaching experiences spanning 30 years including Gold Coast, Harlem, and Spanish Harlem and the disparity between what Gatto accomplished vs. the Protocol. Teaching his class to asking questions. Visiting delegations. The ideal of 120 individual curricula. Learning more from students than from the Ivy League.

5. The extension of childhood and the economics of planned obsolescence. Lincoln's Mudsill Moment in 1859. The British are financing the whole western movement and attempting to reinstall their class system. Americans, independent livelihoods and the incompatibility with the concept of the proletariat based factory systems. Private independent systems of value. Slavery, wives of the Plantation owners and the causes of the Civil War. Northern industrialists wage slavery and deadwood.

6. The pulpit and the press. William Rainey Harper and the Chautauqua's. Mass media. Ideas and ways of thinking introduced to the "best" people. A second American Revolution, controlling public opinion, mechanizing workforces. Carnegie and the elimination of the need for skilled labor.

9. Frustration and Aggression and the removal of volition in schooling. Executive hiring. Cronyism and the illusion of credentialism in higher learning. How to get into Harvard or Princeton. Wealth and Fame. Ambiguous excellence and "added value". Physical, Mental and Social Hobbies. Team sports vs. carving your own path. Seat less unicycle over broken terrain. Removing imagination. "Garbage in, Garbage out." (48:00)

11. Incoherence and the exhausting of national vitality. Prussian education runs its course. Family as the root of Nations. Rhetorical concern and the dependence on constant warfare. The explosion of invention causing the "crisis of capitalism." Rockefeller, Carnegie, Astor, Vanderbilt undermine education by assembled capital. Small farmers, Entrepreneurs and the transition to the corporate economy.

12. Prussian schooling, Johann Fichte and the "Addresses to the German Nation" Battle of Jena (1806) Spinoza and "Tractatus Theologico Politicus". Forced schooling to destroy the imagination. Bells, testing, ranking. John Calvin's "Institutes of the Christian Religion," Justified Sinners and the elect.