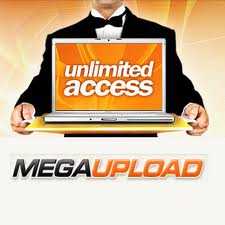 Federal authorities shut down one of the Web’s most popular sites Thursday on charges that it illegally shared movies, television shows and e-books, prompting hackers to retaliate by blocking access to several Web sites, including those of the Justice Department and Universal Music.

The shutdown of Megaupload was part of a federal indictment accusing the company of running an international criminal organization that allowed consumers to easily watch or share pirated content. The site’s offerings were a virtual bazaar of what the Internet has to offer, including pornography and illegally copied video games, federal officials said. In some cases, people could see movies before they were released in theaters.

Sure, sure, whatever the feds say.

Megaupload's "crime" is not it's "illegal" activities but the fact that said activities hurt the pockets of the 1%.  Much like Bernie Madoff's whose crime was not stealing but stealing from the rich.  And let that be a lesson to y'all boyz and guls, in the Corporate States of America, stealing from the poor gets you a bail out, stealing from the rich sends you to the gulag for the rest of your natural life where you are then forced to work for free in order to pay restitution to the masters you have so aggrieved and harmed.