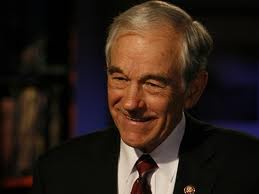 I've been reading DP for the last few months and finally decided to join. Ironically, I credit that of Fox News and, specifically, the departure of Glenn Beck for helping to wake me up to Dr. Paul. Beck was the only personality at Fox that I could stand as he seemed to buck the establishment and stand for principles which led me toward libertarianism. Unfortunately, while I like Beck, I found through my own research that he still was a party line guy on foreign policy. I've been supporting Dr. Paul for a few months now but have recently become more vocal about it. What set me off was numerous friends that either had voted for Obama in 2008 or never had an interest in politics and this led me to send out an email to every family member and friend, most of which who religiously listen to talk radio and Fox News. The following is the email I sent to them:

=====
Merry Christmas everyone! I hope everyone got to spend time with their families and friends. I'm not a big fan of email chain letters and the like, and although this one was written purely by me from the heart, I understand if you do not wish to read it. Please, however, watch the YouTube video here instead (or in addition to) - http://www.youtube.com/watch?feature=player_embedded&v=I8NhR...

Many of you are aware of how politically active (and potentially annoying) I am if you have me on Facebook. Before I was old enough to vote in 2000 I worked on the election campaign for George W. Bush. I was always given puzzled glances as someone in my late teens and early twenties that listened religiously to talk radio personalities such as Rush Limbaugh, Sean Hannity, Glenn Beck and Michael Medved. In 2004 it came as no surprise that I supported the reelection of George W. Bush. When my wife and I were married in 2006 I even had Republican logo cufflinks. There was no disputing where my allegiance was.

Fast forward to 2008 and the guy I liked in the Republican primary was Mitt Romney. With the economic storm in the air, he had the best chance in my mind to help fix the economy. But I didn't vote for him...no, rather than voting on my principles, I was enamored by a dashing young candidate named John McCain and while I didn't agree with many of his views, felt he was the guy that had the best chance to keep the presidency with team GOP.

It didn't hit me right away, but at some point after President Obama took office I felt dirty and used. The idea of sacrificing what I believed in and placing a political party over principle was really what did it. And when you step back and objectively look at the structure of the USA from 2004-2008 compared to 2008-today, the differences are extremely minor. One person went to KFC to get the original recipe with mashed potatoes and gravy. The next one promises change and goes for extra crispy and holds the gravy. No matter how you slice it, you are still eating chicken.

As the economic crisis deepened, I stopped listening to the talking heads and did my own research. All of the stories discussed on talk radio throughout the day are able to be read in a fraction of the time online (typically cherry picked from www.drudgereport.com) and have an added benefit of allowing you to make your own opinion.

1 Comments in Response to My Journey to Ron Paul, from a former Neocon