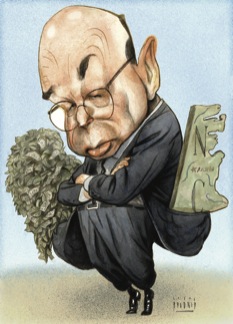 In the spring of 2010, the conservative political strategist Ed Gillespie flew from Washington, D.C., to Raleigh, North Carolina, to spend a day laying the groundwork for REDMAP, a new project aimed at engineering a Republican takeover of state legislatures. Gillespie hoped to help his party get control of statehouses where congressional redistricting was pending, thereby leveraging victories in cheap local races into a means of shifting the balance of power in Washington. It was an ingenious plan, and Gillespie is a skilled tactician—he once ran the Republican National Committee—but REDMAP seemed like a long shot in North Carolina. Barack Obama carried the state in 2008 and remained popular. The Republicans hadn’t controlled both houses of the North Carolina General Assembly for more than a century. (“Not since General Sherman,” a state politico joked to me.) That day in Raleigh, though, Gillespie had lunch with an ideal ally: James Arthur (Art) Pope, the chairman and C.E.O. of Variety Wholesalers, a discount-store conglomerate. The Raleigh News and Observer had called Pope, a conservative multimillionaire, the Knight of the Right. The REDMAP project offered Pope a new way to spend his money.

That fall, in the remote western corner of the state, John Snow, a retired Democratic judge who had represented the district in the State Senate for three terms, found himself subjected to one political attack after another. Snow, who often voted with the Republicans, was considered one of the most conservative Democrats in the General Assembly, and his record reflected the views of his constituents. His Republican opponent, Jim Davis—an orthodontist loosely allied with the Tea Party—had minimal political experience, and Snow, a former college football star, was expected to be reëlected easily. Yet somehow Davis seemed to have almost unlimited money with which to assail Snow.