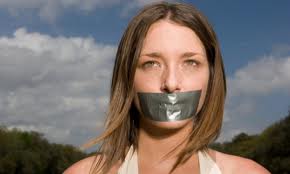 Almost two years ago, in Citizens United v. Federal Elections Commission, the Supreme Court ruled that the First Amendment prohibited the government from forcing any corporation, union or other association to channel their money through a political action committee in order to make independent expenditures. Arizona responded by thumbing its nose at the decision.Under the guise of requiring disclosure of independent expenditures, the state enacted a law that effectively forces any corporation, union or limited liability company that exists “primarily” to influence elections to channel its independent expenditures through a political committee. Now, in the name of transparency, the Arizona Secretary of State is engaged in a headlong effort to enforce compliance with this unconstitutional regulatory regime.

Independent groups are right to resist. Applied to independent expenditures, Arizona’s political committee regulations are essentially the same as those struck down in Citizens United. Both threaten civil or criminal penalties merely for raising and spending money to talk about politics.

To avoid such sanctions, both sets of regulations require forming and registering an elaborate political organization, complete with segregated accounts, appointed officers and responsibility for regular financial reporting, as well as exposure to audits by governmental agencies. This forces groups who want to engage in political speech to develop an expertise in volumes of campaign finance laws, related regulations, and agency interpretations of regulations.

As a result, both sets of regulations minimally impact well-funded, politically-connected groups, but heavily impact the least sophisticated, the least connected, and the most underfunded.

Neither the federal government nor Arizona have the constitutional authority to require such high regulatory hurdles for independent groups engaging in free speech. The First Amendment does not allow “transparency” to become a banner under which the government silences independent voices.