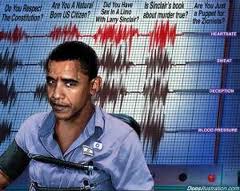 "It's a bad paper." - Gore Vidal, referring to the New York Times.

"Mr. Chapman, 21, said he had not heard Mr. Ortega talk of taking violent action. But more than a year ago, he recalled, Mr. Ortega and others watched an antigovernment film on the Internet called “The Obama Deception,” which was written, directed and produced by Alex Jones, a Texas-based conservative talk show host who has espoused a number of conspiracy theories involving the federal government." - The New York Times, "White House Shooting Suspect’s Path to Extremism," November 20, 2011.

The Establishment media is at it again: Calling anti-treason and truth speech "anti-government."

The New York Times is using a violent act by a nutcase near the White House to demonize the American truth and justice movement, make Alex Jones look bad, and censor political speech.

The morally bankrupt media is really getting desperate. They hate the fact that "conspiracy theorists" are truthful, honest, generous, kind, honourable, and peaceful, so they are using every excuse and event to make us look like deranged mental patients.

But, ironically, the only people who are buying their propaganda are deranged mental patients.

The NY Times is the most popular paper in mental hospitals.

Seriously, though, this is no joke. The New York Times is committing a serious crime by connecting political speech to a violent act by a mentally disturbed individual. It is implying that people who watch The Obama Deception by Alex Jones are a threat to civil society and the public order.

This is an attack against the first amendment by the NY Times.

"hoping people will not pay attention." Powell, you are right about that. They (those who own the media and those who control it from DC) know that people will not pay attention to see through the lies when conspiracy theorists are labeled all types of vile names to discredit them. Like I have mentioned before, I am alone in my large neighborhood when I talk about the truths of what is really going on. All those I mention anything to either have no clue about what I am talking about, or if they do, they side with the MSM.

If they talk about you then they know you, are concerned, are fearful and are dismissive hoping people will not pay attention.