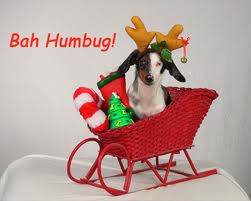 It's not even December, but Santa has already been fired from Charleston's Hollings Cancer Center.

For each of the past two years, hospital volunteer Frank Cloyes spent one day as St. Nick, spreading good cheer and snacks to patients sitting through chemotherapy treatments. The 67-year-old James Island resident, a retired insurance executive who calls himself a "gregarious guy," paid for his own costume rental.

On Tuesday morning, a volunteer coordinator told Cloyes his services no longer were needed.

"Because of our state affiliation, we decided not to have a Santa presence this year," Hollings spokeswoman Vicky Agnew said. Hollings is a part of the Medical University of South Carolina.

Decorations will be "more secular and respectful to all beliefs," Agnew said. "We don't want to offend a volunteer with good intentions, but we need to think of the bigger picture. People who are Muslim or Jewish or have no religious beliefs come here for treatment," she said.

Bah humbug, said Cloyes, a self- described libertarian with no religious affiliation.