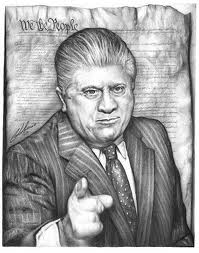 Since the tragedy of 9/11, numerous crazies and low-level copy-cats have engaged in criminal behavior which they hoped would result in the deaths of innocent Americans and somehow advance the cause of jihad. If you ask the leadership of the FBI, most of whose field agents are tireless, dedicated, Constitution-supporting professionals, it will tell you that it has foiled about seventeen plots to kill Americans during the past ten years. What it will not tell you is that there have been twenty foiled plots; and of them, three were interrupted by members of the public. The seventeen that were interrupted by the feds were created by them.

We all remember the three that were foiled by diligent Americans: The shoe bomber, the underwear bomber, and the Times Square bomber. In all of these cases, the crimes charged were those of attempting to kill and conspiring with others to do so. In all three of those cases, alert Americans on transcontinental flights on or the streets of New York told authorities of bizarre behavior, or actually subdued the threats themselves. There was no foiling by the FBI. The plotters were – thankfully – bumbling fools who had poorly planned their criminal behavior, and who ended up harming no one. All three are serving life terms.

But the more curious cases are the remaining seventeen for which the federal government has taken credit. They all have a common and reprehensible thread. They were planned, plotted, controlled, and carried out by the federal government itself. In all of these seventeen cases – from the Ft. Dix Six to the Lackawanna Seven to the Portland Parade Bomber – the feds found young men of Muslim backgrounds; loners who were bitter at America. They befriended them, cajoled them, and persuaded them that they could change the world by killing Americans. In all these cases, agents worked undercover and portrayed themselves to the targets as Arabs of like un-American mind. In some cases, the federal agents used third parties to act as middlemen. The third parties are typically persons who have been convicted of crimes and who, in return for leniency at their sentencings, were willing to work with the same feds who prosecuted them in order to help entrap whomever else those feds are pursuing.

Thus, in all seventeen of these cases, because of the command and control of federal agents, no one was ever in danger, no one was harmed, no bomb went off, and no property was damaged. But in all those cases, the losers whom the feds targeted each believed that they were interacting with real plotters who would really bring them cash and bombs. As we know, sometimes the cash arrived, but the bombs never did. The defendants were essentially charged and convicted for playing a game with federal agents.