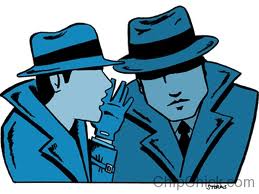 A growing number of former government insiders — all responsible officials who served in a number of federal posts — are now on record as doubting ex-CIA director George Tenet’s account of events leading up to the Sept. 11, 2001, attacks on the United States. Among them are several special agents of the FBI, the former counterterrorism head in the Clinton and Bush administrations, and the chairman of the 9/11 Commission, who told us the CIA chief had been “obviously not forthcoming” in his testimony and had misled the commissioners.

These doubts about the CIA first emerged among a group of 9/11 victims’ families whose struggle to force the government to investigate the causes of the attacks, we chronicled in our 2006 documentary film “Press for Truth.” At that time, we thought we were done with the subject. But tantalizing information unearthed by the 9/11 Commission’s final report and spotted by the families (Chapter 6, footnote 44) raised a question too important to be put aside:

Did Tenet fail to share intelligence with the White House and the FBI in 2000 and 2001 that could have prevented the attacks? Specifically, did a group in the CIA’s al-Qaida office engage in a domestic covert action operation involving two of the 9/11 hijackers, that — however legitimate the agency’s goals may have been — hindered the type of intelligence-sharing that could have prevented the attacks? And if not, then what would explain seemingly inexplicable actions by CIA employees?

As we sought to clarify how the CIA had handled information about the hijackers before 9/11, we found a half dozen former government insiders who came away from the Sept. 11 tragedy feeling burned by the CIA, particularly by a small group of employees within the agency’s bin Laden unit in 2000 and 2001, then known as Alec Station.

Among them was Gov. Thomas Kean, co-chairman of the National Commission on Terrorist Attacks Upon the United States, which was responsible for investigating 9/11. He agreed to an on-camera interview for our documentary in 2008. He surprised us by voicing many doubts and questions about the CIA’s actions preceding Sept. 11 — and especially about former CIA director George Tenet.

Four years after Tenet testified to the commission, Kean said the CIA director had been “obviously not forthcoming” in some of his testimony. Tenet said under oath that he had not met with President Bush in the month of August 2001, Kean recalled. It was later learned he had done so twice.

Did Tenet misspeak? we asked the New Jersey Republican.

A tale of two hijackers

The story buried in footnote 44 of Chapter 6 of the 9/11 Commission report was this:

The commission became aware in early 2004 of a warning written by Doug Miller, an FBI agent working inside the CIA’s Alec Station. In January 2000, Miller tried to inform his bosses about a man named Khalid Al Mihdhar, who had previously been identified as a member of an al-Qaida operational cadre. By the spring of 2000, the CIA had learned that Mihdhar and another suspected al-Qaida operative, Nawaf Al Hazmi, had likely arrived in Southern California. But the CIA did not pass along the information to the FBI.