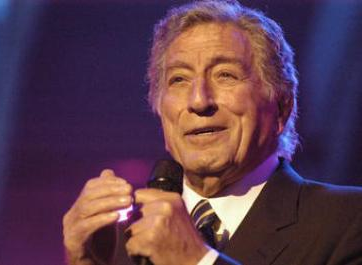 Two people who aren’t afraid to agree with Tony Bennett’s controversial comments about 9/11 are Bill Maher and Michael Moore.

Harking back on their own experiences of getting condemned for provocative statements, both Maher and Moore defended the singer’s 9/11 comments on Real Time Friday evening.

In reaction to panel guest John Avlon saying “he was offended” by Bennett’s statements and labeling them “bulls–t,” Moore came in to vehemently defend the 85 year old crooner.

“I’m not offended by what he said,” Moore said. “I think it was a brave thing to say, because what he was saying was much more complex. He wasn’t blaming and saying, ‘We’re responsible for our people getting killed.’”

“He’s just trying to say that past policies were such that we don’t get to go around the world and behave whatever way we want to behave and expect like something may not happen. If you have a pitbull in your neighbor’s backyard, and you go over and keep kicking that pitbulll and then that pitbull bites you, you don’t say ‘I don’t know why that pitbull bit me.’ Because you’ve been kicking the dog.”

When former congresswoman Jane Harman disagreed with Moore and called Bennett’s comments “careless,” Maher came in to back Moore.