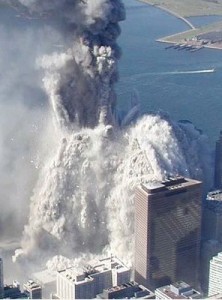 We Americans become like the moribund Hapsburg Empire which was said to have forgotten nothing and learned nothing.

Watching 9/11 commemorations, which have by now become an annual religious-political event, reminds us of this old adage.

One of the biggest tragedies within the tragedy of 9/11 is that the nation has not learned the real lesson of 9/11 – the reason why the 19 suicide hijackers attacked New York and Washington.

Before this attack, the hijacker’s ringleaders made clear their goal was to punish the United States for occupying the holy land of Saudi Arabia and for supporting Israel’s repression of the Palestinians.

A subtext of the deadly operation was to make America experience some of the suffering and damage it had long inflicted on the Mideast.

In short, the motive for the assault was entirely political. But the Bush administration and then Congress were unable or unwilling to accept the fact that America’s Mideast policies were the cause of the attacks. The US media cowered from discussing the true reasons for the attack as a third-rail that had to be avoided.

Instead, 9/11 was spun by the White House and a remarkably tame media into an assault on America by crazed Muslim fanatics who hated, as President Bush said, our freedoms, values, religion and way of life. Islam was to blame.

This message reverberated through the US media and government. Christian and some Jewish fundamentalist groups amplified the theme that Islam is a menace. Pundits opined that Islam was inherently and dangerously flawed, a religion that preached violence and sought world domination.