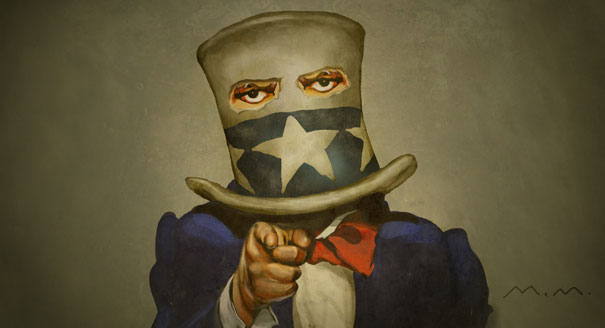 Somewhere between Sept. 11 and today, the enemy morphed from a handful of terrorists to the American population at large, leaving us nowhere to run and no place to hide.

Within weeks of the attacks, the giant ears of the National Security Agency, always pointed outward toward potential enemies, turned inward on the American public itself. The Foreign Intelligence Surveillance Court, established 23 years before to ensure that only suspected foreign agents and terrorists were targeted by the NSA, would be bypassed. Telecom companies, required by law to keep the computerized phone records of their customers confidential unless presented with a warrant, would secretly turn them over in bulk to the NSA without ever asking for a warrant.

Because the information is collected in real time, attempting to delete history caches from a computer is useless.

At the NSA, thousands of analysts who once eavesdropped on troop movements of enemy soldiers in distant countries were now listening in on the bedroom conversations of innocent Americans in nearby states.

“We were told that we were to listen to all conversations that were intercepted, to include those of Americans,” Adrienne Kinne, a former NSA “voice interceptor,” told me. She was recalled to active duty after Sept. 11.